Martin Maldonado hit a go-forward double in the ninth, prompting a fan to throw an inflatable trash can on the field, and the Houston Astros beat the Minnesota Twins 6-4

MINNEAPOLIS — Martin Maldonado hit a go-ahead double in the ninth, prompting a fan to throw an inflatable trash can on the field, and the Houston Astros beat the Minnesota Twins 6-4 on Friday night.

It was Houston’s first visit to Target Field with fans in the stands since 2019, and the Astros heard a chorus of chants and chants of “You’re a cheater.”

The Astros came to Minnesota last year and knocked out the Twins in the AL wild-card playoff round. There were no crowds then and, now given a chance to raise their voices, Twins fans expressed their displeasure over Houston’s sign-theft scandal.

“We’re focused on playing baseball, playing good team baseball, and controlling what we can,” said Astros third baseman Alex Bregman. “I think we’re doing a great job at it. Offensively, I think we’re the best offense in baseball right now. So it was fun to be a part of it.”

Jose Altuve and Yuli Guriel scored for Houston, homeriding and Bregman scored two runs for Houston, which won for the fourth time in five games. Michael Brantley added three hits for the Astros, who are 29-17 from April 22, when they were 7-10 and were at the bottom of the AL West.

Maldonado doubled to break the 4-all tie and Brantley added an RBI single.

Ryne Stanek (1-1) allowed a tying homer to Josh Donaldson in the eighth, but won to the relief of starter Jose Urquidy. Ryan Pressley made his 10th defense on 11 occasions.

Manager Dusty Baker said he could tell his team was exhausted after Thursday’s defeat in Boston and a late arrival in Minnesota.

“The pros, the real pros, know how to reach back and get some energy when they need it, and this team is full of real pros,” Baker said.

The Twins have lost three out of four. They couldn’t build any momentum from Thursday night’s walkoff win against the New York Yankees, when Donaldson and Cruz each added close Aroldis Chapman for two-run homers in the ninth.

Matt Shoemaker (2-8), who was scheduled to start but was moved to the bullpen before the game, allowed two runs on three hits in relief.

“We believe he can go out there and get those guys out,” said Minnesota manager Rocco Baldelli. “It didn’t play like tonight. It’s one of those games that feels uncomfortable because you have to constantly change your mindset because you’re tied down from the top.”

Bailey Ober, a 6-foot-9 rookie, made the third start of his career in place of Shoemaker. Ober conceded two runs for seven hits in five career innings and dismissed seven career-best batsmen.

Shoemaker was sent into the bullpen after conceding 13 runs in 4 2/3 innings in his last two starts. He got just one dismissal, allowing him to earn nine runs, eight, losing at Kansas City on his last start. He has a 7.28 ERA as a starter this year.

“He’s going to be ready to go when we call him tomorrow because we might need him to be available tomorrow, and ready to pitch as well,” Baldelli said. “I think it’s all part of being a reliever and there’s a lot to it. It’s a different ballgame than being a starting pitcher, but I think he’s up for it.”

Astros: RHP Enoli Paredes was placed on a 10-day injured list with a right shoulder strain. Ralph Garza Jr. is recalled from Triple-A Sugar Land. … Baker said reports on Lance McCullers Jr. (pain in the right shoulder) were good after he began triple-A rehab on Thursday. McCullers conceded one run on two hits in four innings with no moves and four strikeouts.

The Twins: Byron Buxton (right hip strain) took a day off from playing on his rehab assignment at Triple-A St. Paul. Buxton worked at Target Field and will be in the lineup for St. Paul again on Saturday. … RHP Kenta Maeda (strained right joint and general pain in right arm) will return from the injured list and begin Monday’s play in Seattle. … Alex Kiriloff was in the lineup in Thursday’s game after spraining his left ankle.

RHP Luis García (5-3, 2.75 ERA) for Houston starts Saturday with five consecutive starts with the win. He has allowed six runs in 29 innings on that stretch. Minnesota will face RHP Jose Berios (6-2, 3.58). Berios conceded four runs in six innings but beat Kansas City in his last outing. 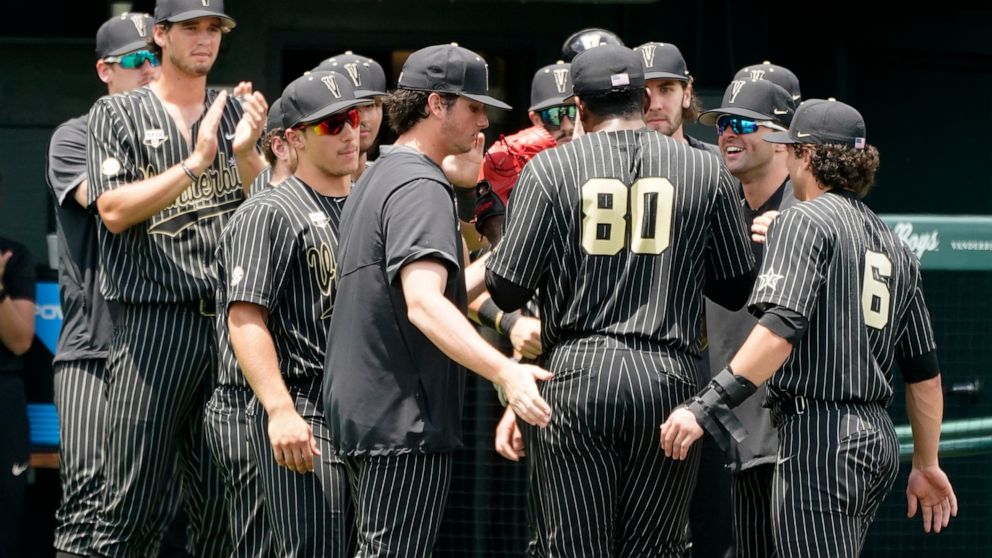