Vatican City – Pope Francis and dozens of religious leaders signed a joint appeal on Monday calling on governments to commit to ambitious goals at the upcoming UN climate conference, while playing their part to lead their faithful into more sustainable behavior. promised.

“We have inherited a garden; We should not leave a desert for our children,” said the appeal, which was signed in a formal ceremony at the Apostolic Palace before being handed over to COP26 conference chief Alok Sharma.

For the religious leaders, take care Climate There is a moral imperative to preserve God’s creation for future generations and support communities most vulnerable to climate change.

It’s an argument Francis made repeatedly and most widely in a 2015 encyclopedia, “Praise Be,” and echoed on Monday by imams, rabbis, patriarchs and reverends, who shared that their faith traditions How to interpret the call, many of them insisted that faith and science must do. Hear each other out to save the planet.

“Faith and Science: An Appeal to COP26” is the latest initiative to rally momentum and outrage ahead of October 31-November. There is a make-or-break chance to curb greenhouse gas emissions, say experts at the 12th summit in Glasgow, Scotland. It follows a youth climate summit in Milan last week and earlier appeals by three Christian leaders: Francis, Archbishop of Canterbury, Justin Welby, and Ecumenical Patriarch Bartholomew I.

They were joined on Monday by leaders of other major religion groups representing Sunni and Shia Islam, Judaism, Hinduism, Buddhism, Taoism, Jainism, Sikhism and others.

The Dalai Lama was conspicuously absent. The Vatican has kept the Tibetan spiritual leader out of interreligious events for years for not opposing China, and demands for a hearing by top polluters like Beijing are no exception.

The Glasgow summit aims to secure more ambitious commitments to limit global warming to below 2 °C, with the goal of keeping it to 1.5 °C above pre-industrial levels. The event also focuses on raising funding and protecting vulnerable communities and natural habitats.

Pope Francis is widely expected to attend, although the Vatican has yet to confirm his presence.

The Vatican event was jointly organized by the Holy See and two countries leading from the Glasgow summit: the host UK and Italy, which currently heads the Group of 20. The appeal was modeled on months of discussion between religious leaders and scientists.

Bishop Frederick Shu, president of the Lutheran Church of Tanzania, quotes Martin Luther as describing his business of planting trees on Mount Kilimanjaro, which earned him the nickname “Tree Bishop”.

In describing 16th-century Luther who broke away from the Catholic Church, Shu said, “If I had known I would die tomorrow… I would plant a tree today.”

Francis arrived at the Hall of Blessing with Bartholomew, and then greeted each representative as a string quartet played Vivaldi’s “Four Seasons”. Francis usually goes inside the Vatican without a mask, but he, like other delegates, wore a face mask on Monday.

He was scheduled to read a long speech, but he only had a brief reception and then left the floor for others, starting with Sheikh Ahmed al-Tayeb, imam of the Al-Azhar Center for Sunni Learning in Cairo. . Al-Tayyeb urged young Muslims and religious scholars to “perform their religious duty” by taking responsibility for the crisis.

The event was a global gathering of faith leaders, almost all of them men, including some who are rarely in the same room because of longstanding religious differences. But Istanbul’s patriarch, Bartholomew, called for continued dialogue, as he signed a joint appeal with Patriarch Hilarion of the Russian Orthodox Church, who used his two-minute speech to call for repentance for all the damage already done. done to.

“It must be remembered that the current ecological situation has been caused, among other factors, by the desire to profit at the expense of others, as well as the desire for unjust enrichment,” Hilarion said.

In the appeal, the leaders begged political leaders to adopt measures to limit temperature rise to 1.5 degrees Celsius and for countries most responsible for greenhouse gas emissions to provide “adequate financial support” to the most vulnerable communities.

For his part, he promotes environmentally conscious educational and cultural initiatives and urged his loyalists to lead more sustainable lifestyles.

In his speech, Welby said that over the past 100 years, humanity had “declared war” on creation and must now repent not only to build a greener economy but to bring justice to the global South.

“I have run out of time,” Welby said at the end of his speech. “The world has had enough time to get this right.” 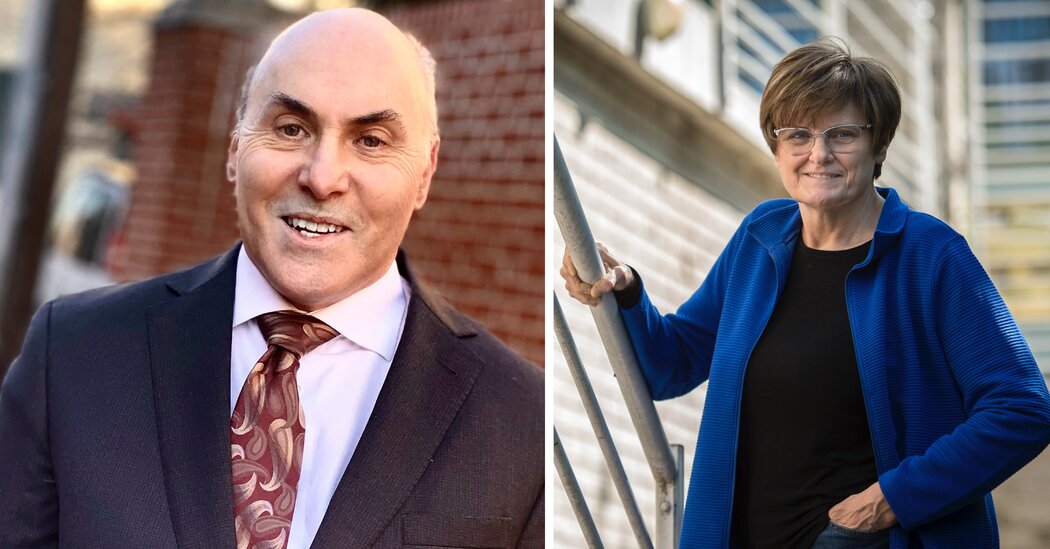