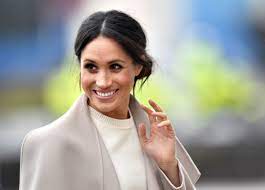 Meghan Markle unveiled the first episode of her new Spotify podcast Archetypes, welcoming debut visitor Serena Williams and promising a collection “where we dissect, explore, and subvert the labels that strive to keep female back.”

Also featured in today’s episode is Dr. Laura Cray, a UC Berkeley professor and specialist on gender in the workplace.

Other great moments consist of Markle and Williams reflecting on embracing ambition from a younger age, the struggles they felt as new moms with careers in the public eye, and Williams discussing her selection to pivot from tennis towards new experiences such as writing for Vogue.

Listen to the episode below.