On Feb. 22-23, DealBook will bring together some of the sharpest minds in business and policy for our DealBook DC Policy Project. Join us from anywhere in the world, free of charge. Register today.

From around 2:30 p.m. yesterday to 5:30 a.m. today, senators engaged in a “vote-a-rama,” dealing with a flood of amendments to a budget resolution that would accelerate the passage of President Biden’s $1.9 trillion economic rescue plan, without any Republican votes if necessary. Indeed, after dealing with dozens of amendments, the Senate passed the bill along party lines, with Vice President Kamala Harris casting the deciding vote in the evenly split chamber.

And so begins the “budget reconciliation” process. The arcane, filibuster-proof procedure — which was used to pass President Donald Trump’s tax cut in 2017 — features “baroque parliamentary tricks that few understand,” writes Times Opinion’s Ezra Klein. In short, after the House passes an identical resolution to the Senate’s, probably within a day or so, lawmakers will take a few weeks to work out the details of the stimulus bill, subject to some constraints under reconciliation.

The final package won’t include everything Mr. Biden wants, most notably raising the federal minimum wage to $15 per hour, which will be delayed by an amendment that senators passed to put off any increase until after the pandemic. Senator Bernie Sanders, unfazed, said that his plan for the wage increase was to phase it in over five years, not impose it immediately.

The upshot: Something resembling the $1.9 trillion package proposed by the White House will probably become law in the coming weeks. Later today, the monthly jobs report will provide an important gauge of the strength of the economic recovery, and could influence lawmakers as they haggle over the small print for a huge stimulus.

Johnson & Johnson applies for emergency approval of its Covid-19 vaccine. The drugmaker submitted paperwork for its single-shot treatment to the F.D.A. yesterday. Approval could come by late this month, clearing J.&J. to begin shipping it in early March.

Senator Amy Klobuchar proposes sweeping changes to antitrust laws. The new Democratic head of the Senate antitrust subcommittee introduced legislation that would prohibit companies with dominant market positions from buying rivals unless they can prove such deals wouldn’t hinder competition. Expect skepticism from Republicans and the tech industry.

The Bank of England paves the way for negative interest rates. The central bank told British banks yesterday that they should prepare for rates to go below zero, though policymakers have kept the benchmark rate at 0.1 percent.

A short seller takes on Chamath Palihapitiya. Hindenburg Research, the research and investment firm, accused the health insurer Clover Health of misleading investors and failing to disclose an inquiry by the Justice Department. Hindenburg, which said it has no investment in Clover, questioned whether Mr. Palihapitiya was aware of those issues when one of his SPACs took the company public. Clover rebutted Hindenburg’s claims this morning, but acknowledged the S.E.C. has begun an investigation.

Private equity might join the club of N.B.A. team owners. CVC Capital is reportedly in talks to buy a minority stake in the San Antonio Spurs at a $1.3 billion valuation, The Financial Times reports. A deal could open the door to investment firms buying pieces of other N.B.A. teams, as some minority owners demand more options for selling their stakes.

Cashing in on meme-stock mania

Here’s another winner in the meme-stock frenzy: the Koss family. The headphone maker that bears their name was swept up in the recent market mania, pushing the heavily shorted small-cap company’s share price up by nearly 2,000 percent in a matter of days.

Koss insiders sold some $44 million in stock this week, an amount worth more than the company’s entire market cap before the crowds of retail traders sent its shares soaring. Michael J. Koss, the C.E.O. and son of the firm’s founder, sold shares worth more than $13 million, and was joined by other family members, executives and directors in paring their holdings.

Can they do that? Although executives at other companies at the center of the frenzy, namely GameStop and AMC, haven’t sold shares during the rally, there is nothing untoward legally about the move, provided that the insiders did not have access to private information about the run-up in share price. There’s no reason to believe that they did, since it seems that the Reddit-fueled rally was largely conducted in the open, by investors cheering each other on via a public message board.

Speaking of cashing in, Jaime Rogozinski, the founder of the WallStreetBets Reddit forum, where meme-stock traders gather, sold the rights to his life story to a production company. Other moderators at the forum, who pushed out Mr. Rogozinski last year, are now fighting for control of the group, which has 8.5 million members, amid accusations that they are trying to position themselves as key players in the saga in hopes of signing deals similar to Mr. Rogozinski’s.

In other meme-stock news: GameStop crashed again yesterday, leaving it more than 80 percent lower than at the start of the week. Treasury Secretary Janet Yellen held a meeting with fellow regulators to address market volatility, which concluded with statements promising further research but no immediate action. And Elon Musk, who had celebrated the meme-stock rally before saying he would take a break from Twitter, returned to tweet praise of the jokey cryptocurrency Dogecoin, which promptly surged in price.

A big week for Big Media

At CNN: The news network’s longtime leader, Jeff Zucker, announced that he would be stepping down at the end of the year. His exit from CNN raises questions about the network’s future — including speculation about whether he would try to buy out the channel from AT&T or seek to replace his boss, Jason Kilar of WarnerMedia.

Some of the academic research that caught our eye this week, summarized in one sentence:

How you’d fix the market

In his column this week, Andrew suggested six ways to restore trust and fairness in the stock market. We asked what you would add to the list, and received a ton of thoughtful submissions. We read all of them, and here is a selection of common suggestions, edited and condensed for clarity:

Best of the rest

We’d like your feedback! Please email thoughts and suggestions to dealbook@nytimes.com. 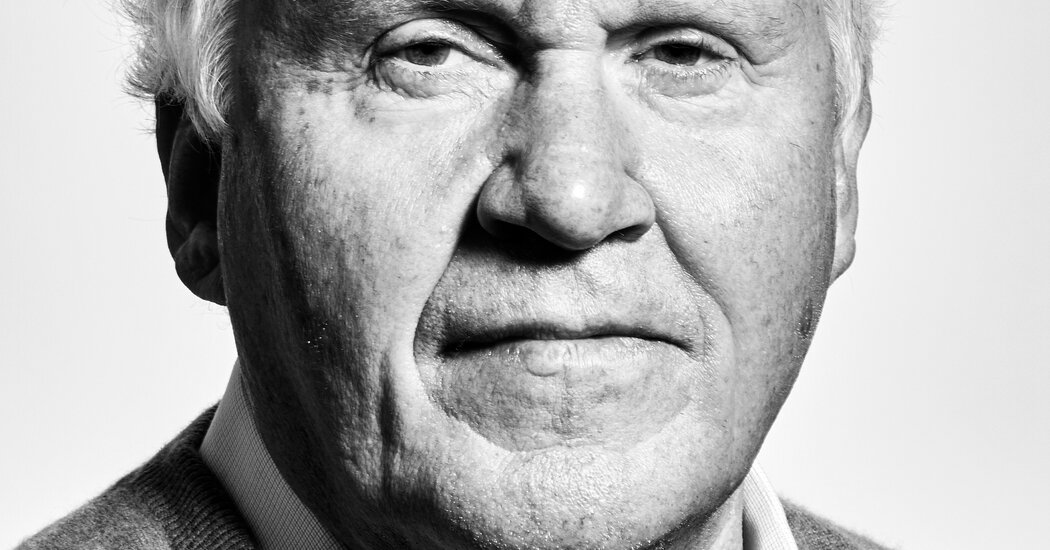 Hey Friend! Before You Go...

Don't miss out on new posts!